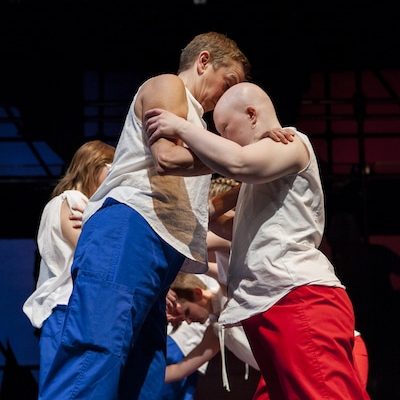 Posted at 16:58h in Past Events by Admin
0 Likes
print
CATA’s Moving Company travels to Boston for two “flash mob” performances of “Make Purple” at the Massachusetts State House on Thursday, ​September 21. The performances are free to the public and take place at the Grand Staircase within the State House at 1:15pm and 1:30pm. The piece, which premiered at CATA’s “Everyday People” showcase in May, was choreographed by Dawn Lane, who directs The Moving Company and serves as CATA’s Artistic Director. The Moving Company appears at the State House by invitation of State Representative Smitty Pignatelli.

​“Make Purple is CATA’s Moving Company’s response to the polarity and conflict in our government. Dancers perform divided “blue” and “red” dances, but the dance is not fully realized until they literally step away from their color zones and dance together to make purple!” – Dawn Lane